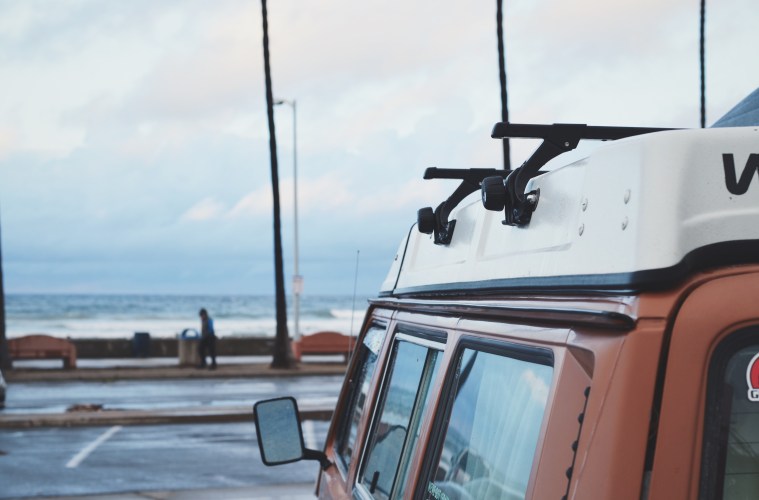 Van Journal: Down By the Beach in San Diego

If you’re going to sleep in your van on the streets San Diego, stealth is required.

The mornings look like this: I wake up. Correction, my bladder wakes me up—about 6:25 am. The top of the van stays down and the windows stay closed on nights we stealth camp, and on nights when it gets chilly, too, which, at eight degrees Celsius yesterday morning in San Diego, it was. All of the windows are glistening with moisture, inside and out.

The curtains are still drawn, so hopefully none of the residents of this upscale neighbourhood we’re parked in sees the spectacle of me dressing myself, standing and bending at the waist to get into my jeans. I pick up my little orange earplugs that have popped out in the night and are lying on the bed and put them back in their case; draw a couple of the curtains required to make the few turns to the public beach; climb up to the driver’s seat, stepping over three bags, a pile of dishes, a bike rack we’ve been hauling around since Portland, and a cooler of food as I do; and turn the key, hopefully. 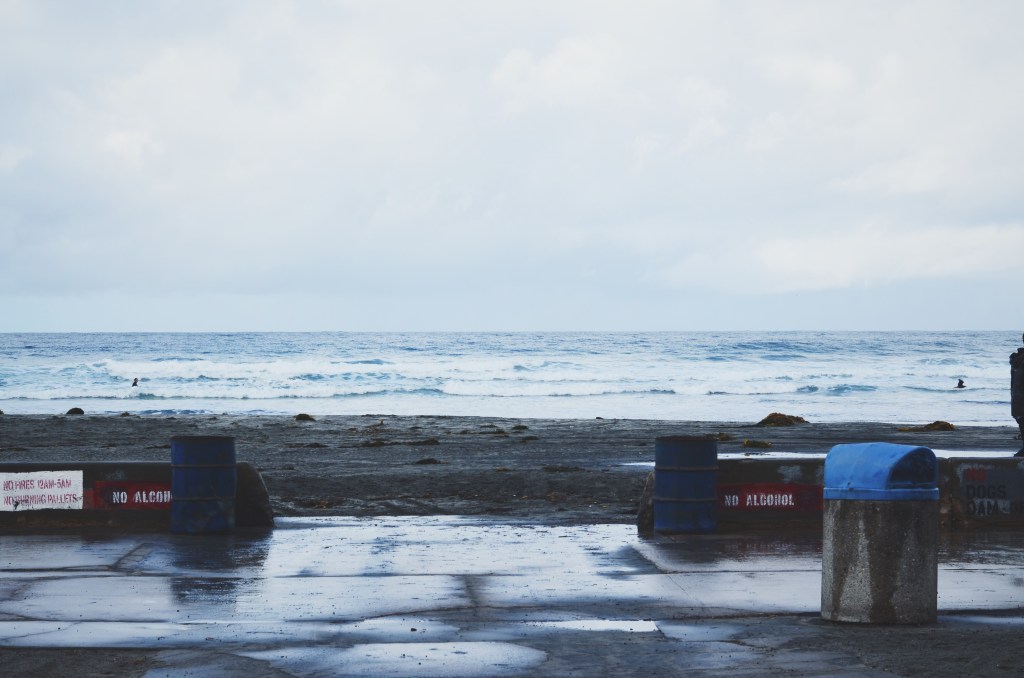 A rainy Sunday morning on the shores of San Diego.

It starts. Only the normal array of lights appear on the dash. The mysterious, unprompted horn honking has seemed to have abated. Bonus! The fan, however, which has been identified as the source of the fishy smell (likely leaking some coolant), remains off. Instead, I use a cloth and then some paper towel to wipe the inside of the windshield.

“Stay down,” I tell Lisa. She’s still in bed, and she pulls the cozy duvet up over her head. The beach is two turns and about 150 metres away and we’re there in seconds. A few surfers are hanging out in the parking lot drinking coffee and analyzing the waves. I nod to a few of them as I walk, still sleepy eyed, to the public toilets. Relief, and now I can enjoy the sound of the crashing waves as I make breakfast.

We eat our breakfast from our hard plastic camping bowls as the surfers struggle in and out of their wetsuits at the backs of their hatchbacks and the gulls call for our leftovers.

Lisa has rolled over and turned to Instagram on her phone, which is a habit that I, as her business partner, wholeheartedly support (go follow us, would ya?). It’s eggs again this morning, with sautéed onions and zucchini, and coffee. I’ve discovered that by using the fridge rack as a sort of grilling grate, I can make the perfect tostadas with corn tortillas—I’ve also discovered that a little olive oil, salt, and pepper rubbed on the tortillas pre-toasting makes them even more delicious.

Lisa thrifted this sweet, sweet two-tier vintage fruit basket (or, maybe it’s meant for plants… whatevs) for $1! It’s glorious, right? Now our produce has a regular place to live–even if we don’t. This morning’s home, however? Hanging out next to the ocean watching some surfers, and contemplating a run after breakfast 🍳. (Read about our other fav things to thrift on lietco.com, link in bio⚡️)

We eat our breakfast from our hard plastic camping bowls as the surfers struggle in and out of their wetsuits at the backs of their hatchbacks and the gulls call for our leftovers. There will be no leftovers, of course.

The pile of dishes will get tackled after we’re done, and then we’ll turn our bed into a couch, our house back into a vehicle (temporarily), and head for a coffee shop and some wifi. 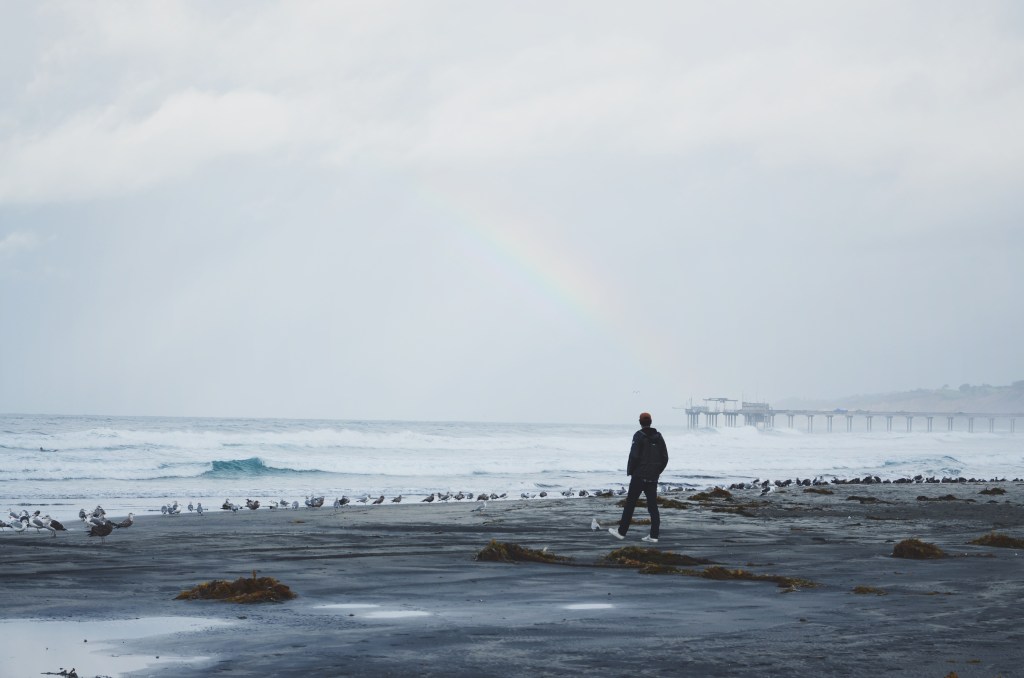 Spotted a rainbow between storms.

Is this freedom or homelessness? Likely, I suspect, a little bit of both, but at least it’s happening in Southern California.