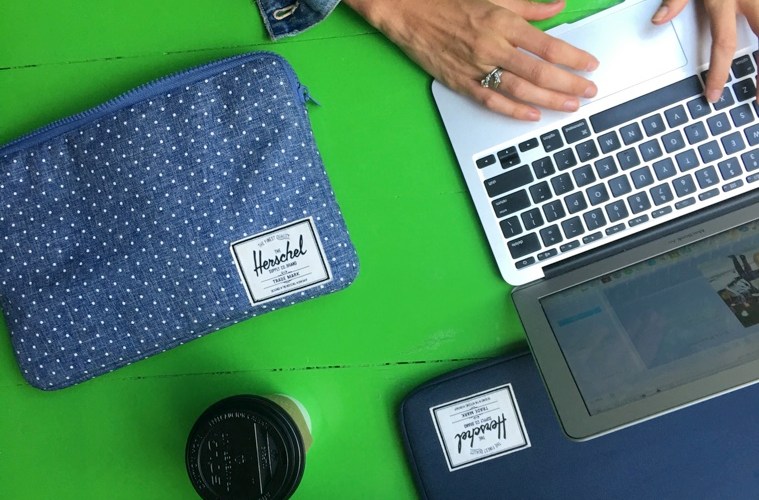 How (Not) to be an Entitled Millenial

Some semi-sarcastic, and probably quite dangerous, advice for Millennials in the workplace.

There’s a difference between being a young, confident workhorse who’s not afraid to go after what they deserve, and an entitled whiner with an aversion to hard work. You know which category you fall into, but that doesn’t mean others do. Here’s how to to deal:

If you’re a Millennial, there’s a good chance that somebody has called you the E word. It’s never pretty, but it happens. It was probably at work, probably your boss, and, in all likelihood, a member of the baby boomer generation who said it.

I’ve got it a couple times so far in my career (neither time during either of my months-long, unpaid internships). Young people have always received flack about their generation’s inflated sense of self worth, about how they don’t understand hard work, and how they expect too much when they haven’t earned it. It’s not that Millenials are special, even, it’s just the latest version of “the kids aren’t alright.”

But, as a Millennial, I can tell you that it’s still blindingly frustrating. To be told you’re not working hard when you are in fact working very hard, is about the least motivating thing that can happen to a young worker. And management that doesn’t recognize hard work is, in a word, bad. There’s no other way to put it.

Now, there’s a difference between confidence and entitlement, but it’s a fine line. Often, it’s about the way you ask (aka negotiate) for things like more money, better work, more time off, or a more impressive title that earn you a reputation as a spoiled Millennial or a hard-working go-getter who’s not afraid to ask for what they’re worth. It’s also about making your value apparent to your bosses. Sometimes, especially if you’re working in the cutting-edge field of content creation (whoot, whoot!), the powers that be will not understand what you do and therefore have no real idea how much effort is required to lift what’s currently sitting on your shoulders. “Instagram should take about 2 minutes, right?” Yeah…not if you want it done well. Inform them. Educate them. Do so tactfully, but definitely do it.

In any case, whether you’re an entitled little snot or a misunderstood workhorse, we’ve gone ahead and put together a list (we’re entitled to our lists, god damn it!) with the help of some of the Millennial-managing baby boomers we know (they’re literally everywhere!), to help you at least seem less full of yourself.

Keep your work opinions off of social media.

Whether or not your employer has had the wherewithal to draw up a social media clause into their employee contract shouldn’t be the decider of whether or not you post something. Let me be clear: I totally think you should be honest and genuine on your social feeds. That’s what people want. My personal policy is to not post anything I wouldn’t want my grandmother to see…because she’s going to see it, on Facebook at least. But when it comes to the details of your job, especially your disgruntled feelings toward it after a particularly challenging Monday afternoon, consider writing it in a private journal instead. You know, cuz it’s private.

Be very careful with the words “that’s not fair.”

Life’s not fair. Remember this. Because when you utter the above words in your performance review, your liable to get laughed at. And guess what, you still won’t get a raise.

Know that, ultimately, business is business.

Listen, you can’t even get smiles at McDonalds for free anymore. Trust us, we tried. They were like, “we can sell you an iced tea for 99 cents,” but they were frowning the whole time. We tend to enter our careers with a sense of altruism, like we’re going to change the world and make our fields more fun to work in, fair to everyone involved, and more lucrative at the same time. But don’t forget what makes the world go round: money. Kindness ain’t worth shit. Still be nice—always be nice—but recognize that for a lot of the business you do, any kindness that comes your way is just a bonus.

Your boss needs you, yes, but you also need her.

Always appreciate what you’ve got. So she doesn’t get Instagram, let alone Instagram Stories, and you’re obviously an asset to the team, but let’s not forget that it’s your boss who signs the cheques. Rather than begrudge upper management for their basic ignorance of your value, be appreciative of the opportunities they’ve given you, like having full reign to do #Whateverthefuckyouwant with their social media channels.

Remember, you can always quit.

Baby boomers also tend to be big fans of another expression: winners never quit and quitters never win. I wholeheartedly subscribe to the opposite belief, that winners quit and quitters win. Don’t quit all the time—you’ve got to prove you can commit—but don’t be the sucker who “stays loyal” by locking themselves in a pittance of a salary because they think they need to show a 5-year tenure on their resume. Entitled people quit early. Confident people quit right on time.

I’m absolutely sure you want to weigh in on this nonsense. Tell me how wrong I was via Twitter, Facebook, Snapchat, or Instagram, or right here in the comments. Or, if you’re a member of the baby boomer generation, email. 😉