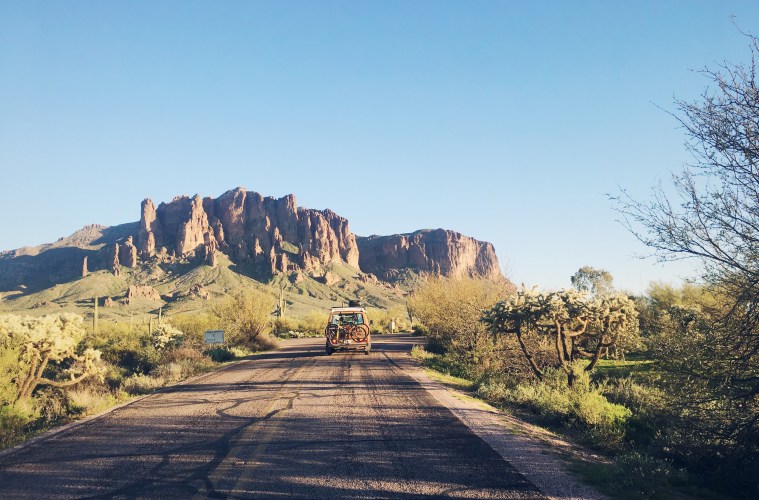 Folks down here have a word for what we’re doing tonight, and what we did last night. We’re boondocking. Or boondocked. It’s just a verb version of “the boondocks,” which is most certainly where we are. I’m still finding my way around the term, but I like it—good and woody type word. Sound dirty, and it is, but not like that. You rascal.

To boondock is to camp for free, out in the bush “like a dirtbag,” as one of our Arizona-dwelling friends puts it. Our spot is a tracked-out patch of desert no bigger than two acres, under the power lines a few hundred feet off the highway. Tonight, we scored a corner tucked behind a desert bush that looks harmless but is probably a living barbed wire fence. Don’t pet the plants in the desert.

Last night, we arrived late and had to settle for a semi-flat space right in the middle of the patch, sandwiched between a puddle and what Lisa was quick to identify as “a huge pile of horse shit,” the smell of which reminds me of summer days on the ranch in BC. Nostalgic, but apparently not for her. But tonight, there is no horse shit out our sliding door, just the jutting silhouette of the Superstition Mountains, glowing red as the setting sun climbs their cliffs. 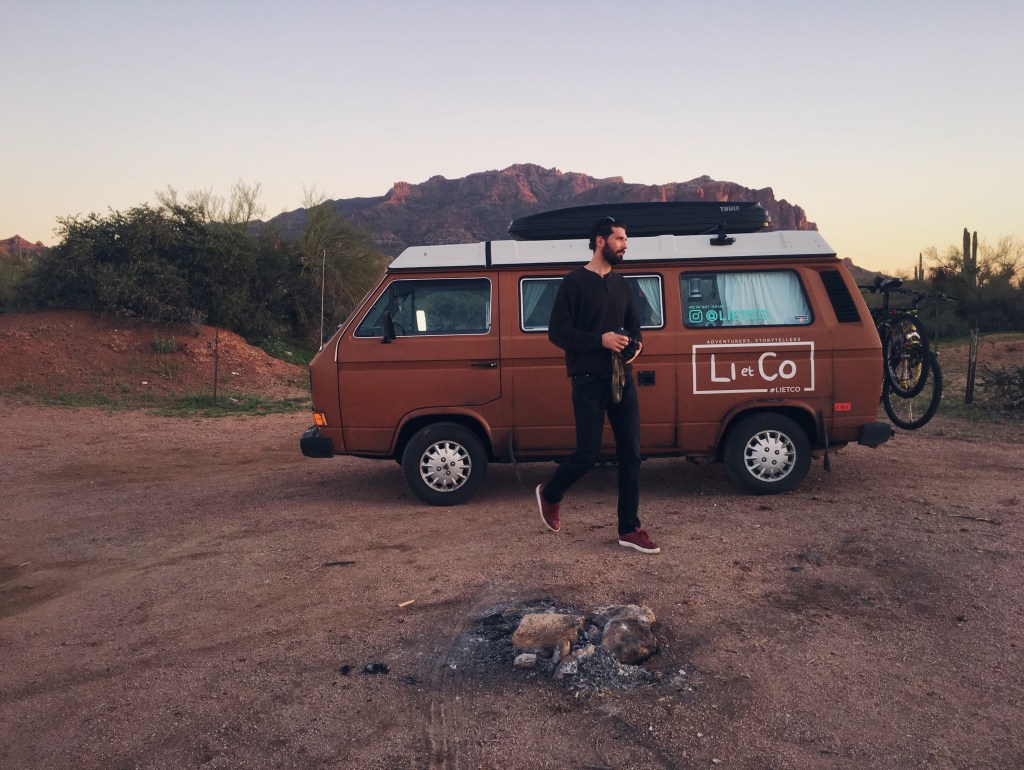 There are five other vehicles in the patch; mostly trucks pulling trailers. The only neighbours I thought might be loud have put the guitar away, thank god. It’s been a long day and I don’t feel like a singalong. We doubled down on Starbucks today, working for four hours at one location in the morning, breaking for lunch at a park and then heading to another one for the afternoon.

Our intention was to pay to stay at the nearby state park, but when the sign said full, we just used (well, technically stole) the showers and left. Lisa made eye contact with the camp host as we escaped and had to flash him a smile. She’s useful like that. And so we fled back to our patch to boondock another night.

Almost feels like fate, though. The coyotes are singing, dinner is on the stove, and we just saved 25 bucks. It’s good to be a dirtbag, especially a freshly showered one.

Vanlife: Putting the “good” back in morning.