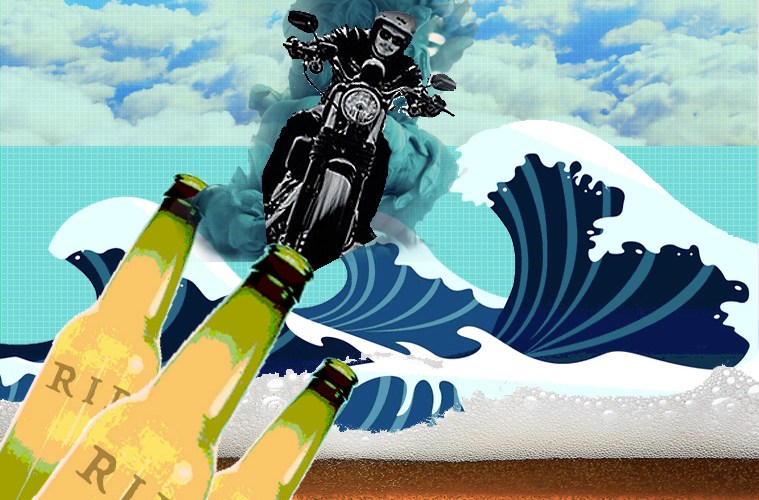 Inspire Me, Internet! How Dead Canadian ‘Biker Bob’ Is Travelling Around The World

Forget reincarnation, this is an afterlife we can believe in.

A man from Nanaimo, British Columbia has found the new coolest thing to do after death: travel the world by bottle.

The public met Hugh Robert Nisbet (AKA Biker Bob) earlier this year when his remains and a note that read “If you find me turn me loose” washed up in a bottle on Vancouver Island.

Ok, so his attempt to see the world hasn’t actually got him very far just yet. He was first discovered on the island’s China Beach. He went for a beer with a local at a biker bar in Victoria (naturally), before being tossed back in. Then, after a week, he turned up on the shores of his island home once more.

Maybe he’s more of a home body than he wants to admit.

This time, though, not only is he getting to go for a spin on his current host’s bike, but he’ll also be let go a good distance off shore in hopes that his next stop will be somewhere a little more exotic. Like Alaska. Or California.

We’re headed south eventually, Bob. Meet you down there.

Inspire Me, Internet! is a weekly feature on Li et Co that highlights a story (or multiple stories if we’re feeling squirrelly) that makes us feel awesome. We hope they make you feel the same.