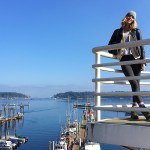 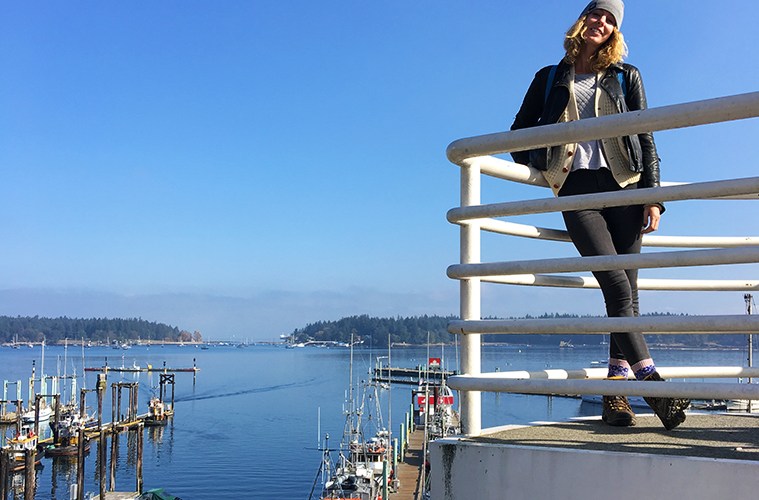 How we lost five days in Nanaimo, the quirkiest city in Canada

Leave the whole Nanaimo Bar thing aside for a minute, because we know you’re going there. We need to talk about Nanaimo’s deal with pirates.

First off, there’s this $100,000 bronze statue of a sword-wielding pirate on the waterfront. 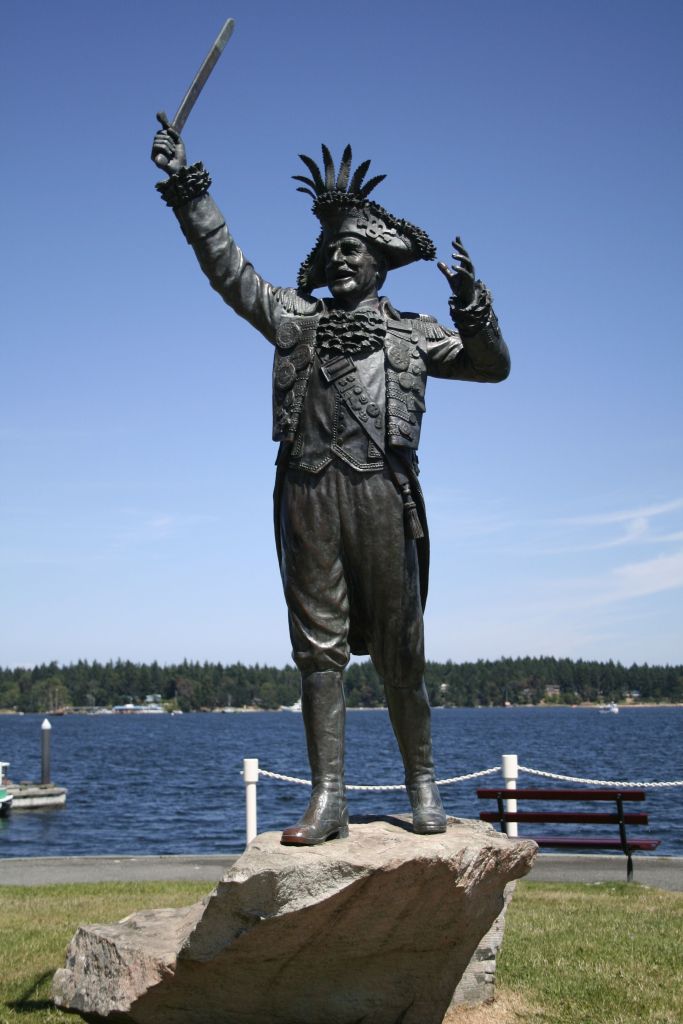 This is Frank Ney, late mayor of Nanaimo, father of the local bathtub races (and 11 children) avid figure skater and boater, WWII veteran (he was a pilot, obviously), and frequent rocker of pirate outfits.

I’d vote for a pirate mayor any day. Nanaimo did a bunch of times. He’d dress up in his pirate outfit for events and the public would go nuts. And this was the 70s and 80s, long before Disney Depp made it cool. If you’re as intrigued as I was, enjoy this ahead-of-its-time family video of the former mayor boating around in his pirate outfit.

Anyway, his “eclectic nature” seems to have left a mark on the city. Today, there’s the pirate-themed restaurant downtown–that we did not get to, sadly–the Nanaimo Bar Trail to eat your way around town, and the annual bathtub races, all keeping the quirk alive.

It’s also got that great, expansive, vibrant downtown that sometimes appears in medium-sized Canadian cities. We love it when that happens. It’s probably why we lost almost a week in the place!

Here’s a breakdown of things to do in Nanaimo that made us smile while in the city of hubs, pubs, and tubs (other than that unofficial title).

This has the best kind of independent ownership. The kind that gets supported by repeat customers and the city itself, and reinvests capital back into the business. Their modern bathrooms are what we call Pinterest White–Lisa may or may not have brought a bottle of wine and some cheese into the tub with her. And the little gym/sauna out back had my number. I slogged out 6km on the treadmill and then soaked in the hot tub overlooking the lake because I earned it.

When life gives you a hotel with a beautiful soaker tub, you fill it with hot water, make yourself a cheese board, pour some local wine, and hop in. Tomorrow we’ll be back in the van, but tonight we enjoy our fate at the cozy @innonlonglake.

Hands down one of the best restaurant experiences we’ve had across the country, and that’s saying something, because we’ve been eating like kings. It’s an intimate little space captained by Chef Ryan Zuvich, who we need to give some props to for being super hospitable while being super sarcastic (the charming kind). Seriously, go let him cook for you. I had the veggie risotto with crispy pork belly and a goat cheese cheesecake with local honey for dessert. I don’t know if I even gave Lisa a taste, and to be honest, I’m not sorry.

Stepping into Vancouver Island Expedition’s new Mercedes Sprinter van almost felt like cheating on our little old Westfalia. But Leif, the driver and proprietor, quickly made us feel at home as he whisked us away (our van can’t whisk like that) to the Cowichan Valley for a taste of what it had to offer. We started at the picturesque Unsworth Winery, where we fell for a Pinot Gris. We had lunch at the bistro on the property–a ridiculously tasty meal of octopus and tomato salad with polenta chips–before heading over to the nearby Meridale Cidery where I learned what scrumpy was. Then more wine at Enrico Winery and a flight of local beers at Sawmill Taphouse in Chamainus on the way home…you know, for good measure.

We’re on a tour of the #CowichanValley wine region with #VancouverIslandExpeditions. A quick day trip from #Nanaimo. pic.twitter.com/XS5Av5mwbs

It’s essentially our policy to seek out the best americano/hangout place in the city. We found it, plus a delicious pastry/salad combo, at Mon Petit Choux. No wifi, and we didn’t even care.

Not everyone wants/needs to hang out in coffee shops, hunched over their laptops like us. Some people want more adventure in their travel. We dig it from time to time, for sure. There’s definitely an adrenaline fix to be had at WildPlay’s Nanaimo location, which has some epic bungee, swing, and zipline features over the Nanaimo River.

For the last few days, we’ve been discovering what #Nanaimo has to offer. A quick summary: all kinds of awesome. From the coffee shops and @nanaimobartrail to the high-end dining at spots like @hilltopbistro and outdoor adventures with @viexpeditions and @wildplayelementparks (where we snapped this photo today), there is so much to explore in this quirky town. #explorenanaimo

We’ve written about the healthy state of the Canadian cafe before, but the brew pub is definitely just as thriving. Longwood Brew Pub is a keeper and developer of local culture, with a chill-able location, delish menu, and proprietary brews. We had lunch and a flight here, and it almost made us want to take up residence in the Nanaimo suburbs.

When you need a quick break from Nanaimo bars, awesome craft beer @LongwoodBrewpub is the obv answer #explorenanaimo pic.twitter.com/SafpcYmpBK

You had us at oceanside. We made this place home for a few days, taking advantage of the seafront property to ride our bikes and run along the roads and trails, and photograph our van in the morning light like the Instagram junkies we are.

Our home for the next few days is at this glorious little gem! What an amazing camping property right on the ocean @livingforestrv 🌳🌲🌱🌿

We sunk our teeth into a couple of the offerings at their brewery and discovered not just some great beer, but probably the best place to play a game of Scrabble in Nanaimo. Both Lisa and my preference: the award-winning Snake Island Cascadian Dark Ale.