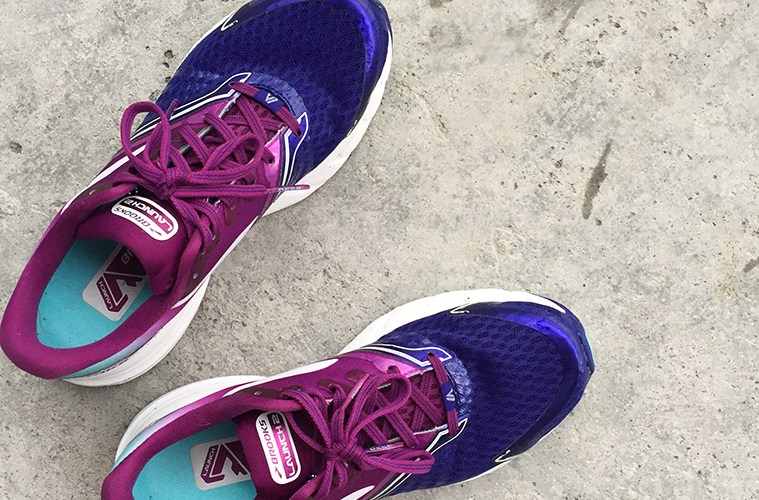 Since 2004, Lenny Kravits has been asking, Where are we running? So, we thought it was only appropriate to answer the singer’s most pressing question. Kravits asked, and we answered.

The truth is, we run a lot. It’s an important pillar in our lives. (Almost as important as fast internet.) Yes, it’s solid cardio, but it’s also a great way to press the Reset button, explore a new city, and an opportunity to dream up big ideas. Heck, Li et Co was born on a chilly winter run through Toronto’s Parkdale ‘hood, as we hashed out ideas.

But living in the downtown core of Toronto means we don’t have immediate access to sprawling parks or paved running paths. Time of day becomes a factor. We avoid rush hour like, well, like anyone who’s avoiding rush hour does.

Our go-to routes offer an escape from the pedestrian packed sidewalks, steering runners toward few traffic lights, and through the diverse neighbourhoods of The 6ix. 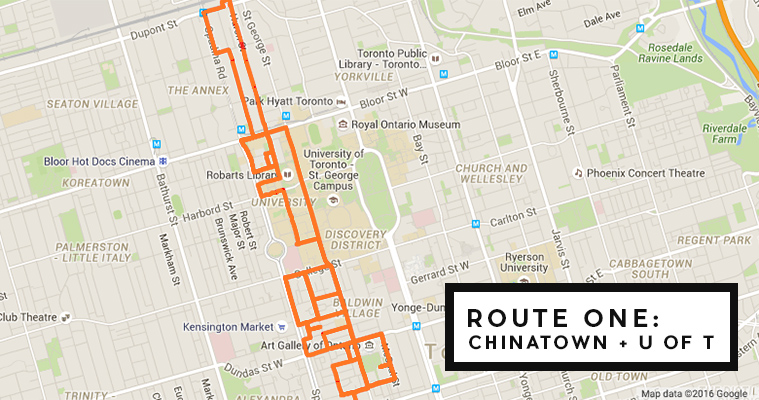 Our first route starts off zig-zagging through the residential part of Chinatown. The second you enter this little pocket, the busy city just kind of melts away. We often cross Beverley Street and do a loop around Grange Park. Greenery: check; cool perspective of the AGO: also, check.

Next, it’s north through U of T campus, keeping mostly on Henry Street. We pass the brutalist style Robarts Library on the university’s campus, mouth watering pizza joints (truth: we have contemplated stopping a run short for a slice), and endless frat houses. We continue north across Harbor, Bloor, and up to Dupont, our turn around point. Running west one block to Madison Ave, we then head due south.

Route One, depending on how many times you zig and zag along the little side streets will average around 7.5km per loop. 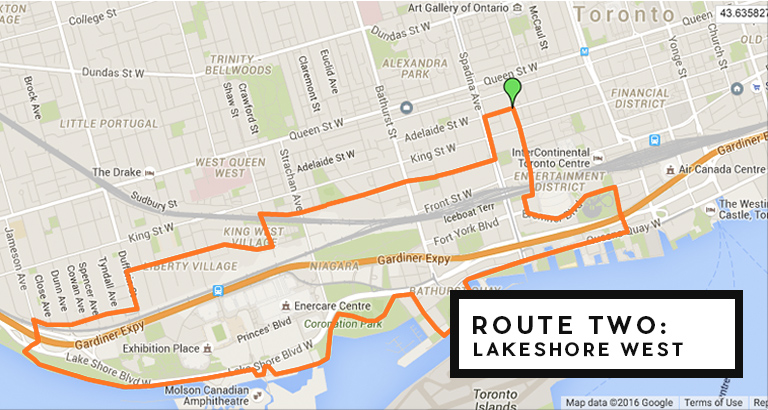 Toronto’s waterfront is being improved every year. There are not one, but two Starbucks along Queens Quay now, and things are looking up for this once no-mans-land part of town.

Avoid this trail between 1pm – 3pm on the weekends. It gets pretty packed, and can be a challenge to weave between other runners, bikers, and rollerbladers (yeah, blades have been making a comeback this year). But, that busyness also brings an infectious good vibe.

Our favourite time to run this route is early Saturday or Sunday morning. Heading west along waterfront with the Canadian National Exhibition grounds to your right, and Lake Ontario et all to your left, is a view that’s hard to beat. Watch as all of the suckers stuck in traffic along Lakeshore Boulevard glare from their driver’s seat window. You can cary on for kilometres and kilometres along the waterfront trail, but we usually turn around at Dufferin Street.

You will feel like you’ve won the day after this 12km loop. Because, you pretty much have.