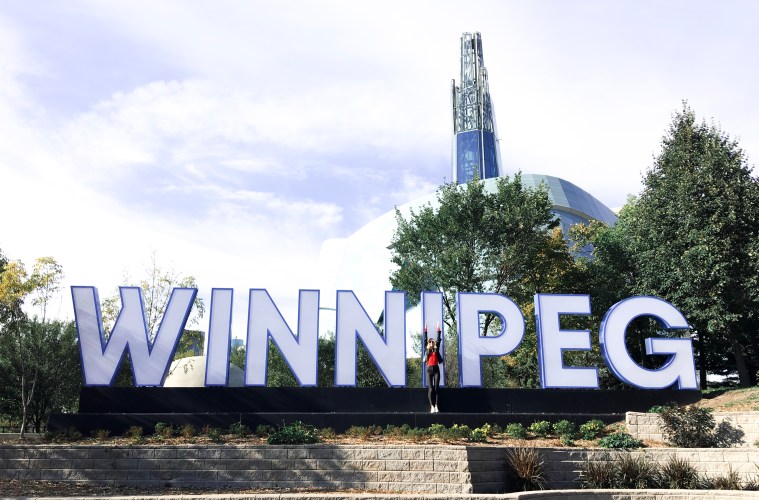 We were in something of a hurry on our way across Canada last summer, but we did pull into Winnipeg to sniff the air and get a quick feel for the city. What we got from walking mostly aimlessly around the Exchange District left us wanting more. So, this time across the nation we carved out a few days to explore the big little city with the cool, prairie-Chicago vibe a little more thoroughly.

Our suspicions were confirmed: this provincial capital is cool AF. Here’s what we did, loved, and will totally do again our next time through.

Stomp around The Forks, one of Canada’s most culturally significant intersections

The junction of the Assiniboine and Red rivers has been a gathering place for First Nations for over 6,000 years. Today, it’s marked by some pretty greenspace, bike and walking trails and the Forks Market, which is indoors so the lucky locals can enjoy it year round. Lisa and I walked down to the river, watched some skateboarders and cyclists in the skateboard park and took the requisite photos in front of the Winnipeg sign. 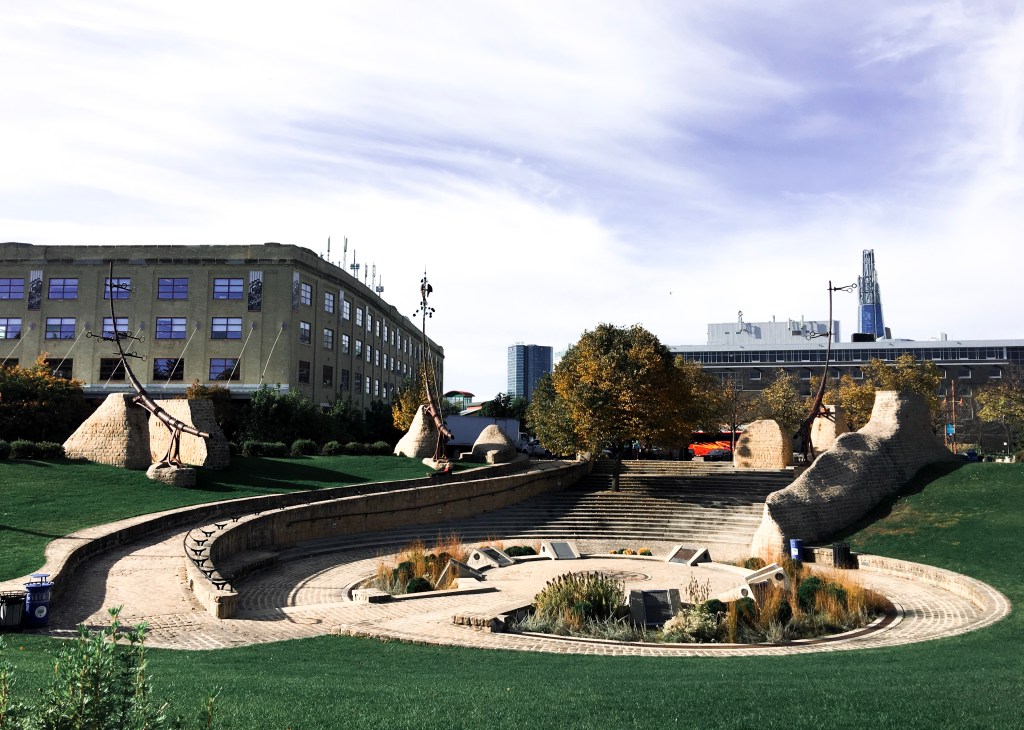 The only way to make this Nordic thermal spa experience more European would be to ditch the bathing suits…and when we first walked in the front doors I actually thought we might be getting neked. We didn’t, but we did have an amazing time going from hot to cold to hot to cold and so on, as one does in a spa like this, in our bathing suits. One of the staff took us through one of the scented-snowball-throwing, towel-waving experiences in the big sauna and then an exfoliating scrub in the steam room. I wasn’t the only man in the sauna applying lavender-scented exfoliator to my hairy legs—Winnipeg’s bros know how to treat themselves.

As a happy bonus for us, the four-course dinner offered at the restaurant was vegan. No kidding! We ate in our bathrobes and then went back into the spa for one more hot-cold revolution before reluctantly checking out.

Observe humanity’s triumphs and failures, and gawk at the architecture at the CMHR

The Canadian Museum for Human Rights sprung out of the Manitoba earth in 2014 and has been helping to put Winnipeg on the map as a travel destination ever since. Don’t kid yourself, the subject matter covered here is heavy stuff—racial oppression and genocide, sexism and prejudice against the disabled, these aren’t trivial issues—but it’s presented in such a way that doesn’t leave you feeling like all is lost. Gallery spaces are massive with interactive displays, large-scale art installations, and loads of information on the humankind’s struggle to find equality and justice. 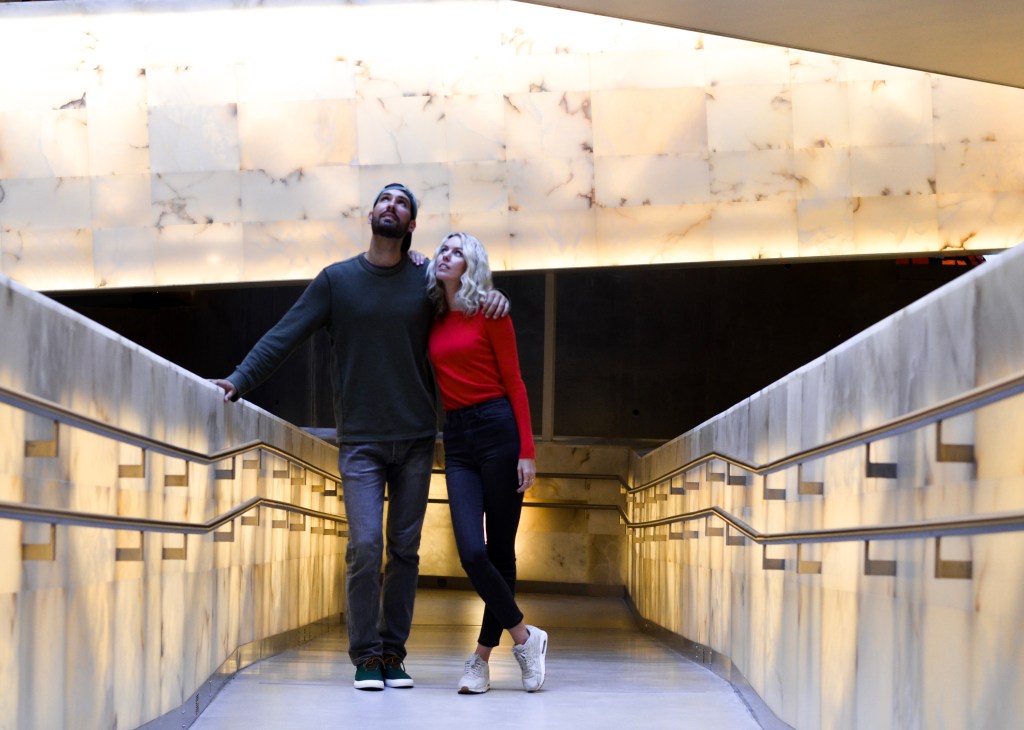 Then there’s the building, which is worth the tour in itself. In fact, the Meet the Building tour is dedicated to the museum’s many architectural and metaphorical details. Alabaster ramps criss-cross their way up from the ground floor before yielding to the glass Israel Asper Tower of Hope that spirals up to reveal a panoramic view of the city. 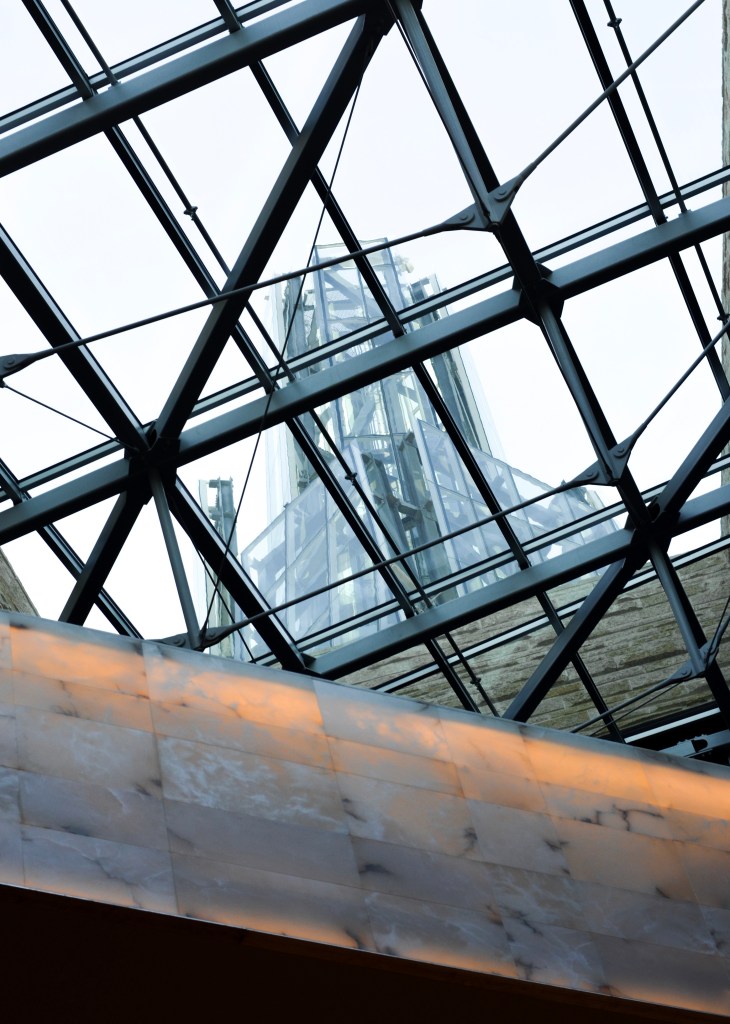 Looking up at the Israel Asper Tower of Hope.

Downstairs, the ERA Bistro has some of the most creative, locally inspired and sourced dishes I’ve seen west of Toronto. I had a falafel on a local quinoa and wild mushroom salad…that’s right, they grow quinoa in Manitoba.

Make sense of cents at the Royal Canadian Mint

OK, so this whole deal is pretty retro, we’re not going to lie, but that’s kind of what makes it great. We went on the guided tour and learned about the process of minting from a delightful local lady. Fun fact: the Canadian Mint strikes coins for dozens of countries, not just Canada. They’ve got a hallway with glass windows that overlook the factory floor so you can see the process from start to finish, essentially. I waved at every employee that looked our way. Most waved back. 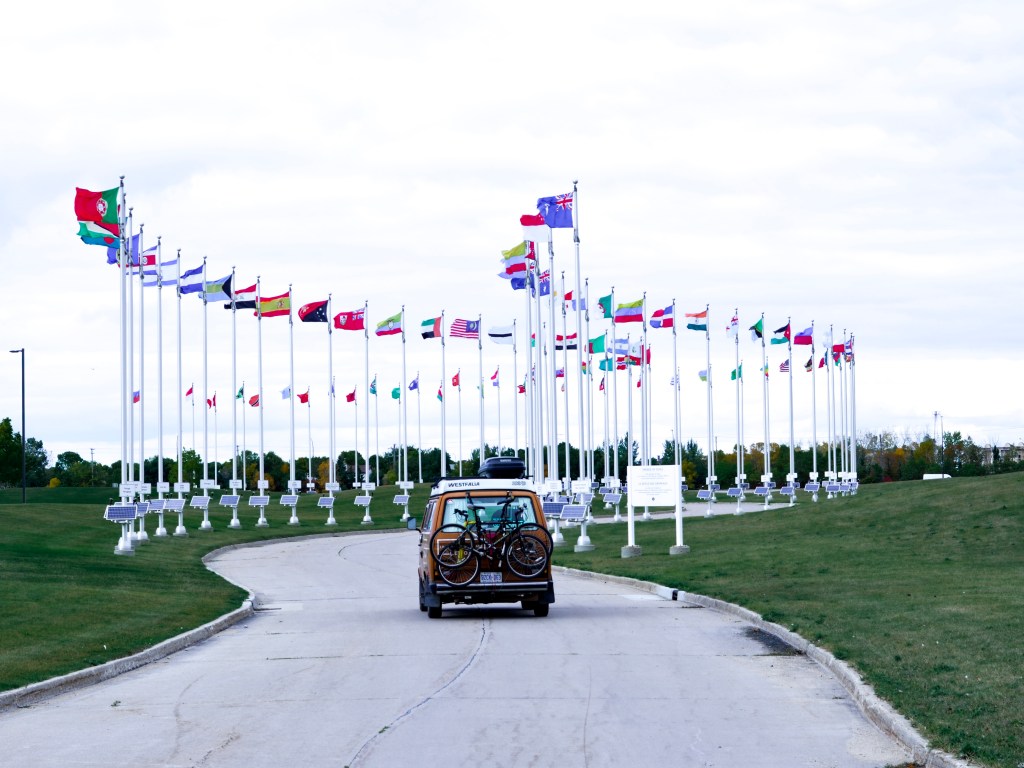 The parade of flags leading into the Royal Canadian Mint.

WAG your tail over some art

Winnipeg is not shy on inspirational spaces and this list already has a few…so what’s one more? The Winnipeg Art Gallery had several floors of wander-worthy of exhibitions when we visited, including INSURGENCE/RESURGENCE, which brought together works from 29 indigenous Canadian artists, and some serene works by Ivan Eyre. Art at the WAG.

Be cool (or just act it) at Forth

The prairies have the best hipsters. The air of inauthenticity that hovers around some of the big city types doesn’t survive out here—it’s too damn too cold and windy, all the BS just gets blown away. Forth is the watering hole for these folk and plenty of others with good taste. The “project” encompasses the café and restaurant, a gallery space, and bar for a full three stories of open-concept, exposed-beam space that fills with the smell of toasted sourdough, locally roasted coffee (like, in-building local) and the sound of happy chatter and laptop keyboards tapping. Obviously, we felt right at home and promptly ordered the avocado toast on the aforementioned sourdough and a bowl of curry lentil and veggie soup. If the sourdough wasn’t vegan (my baker mother assures us it should be) we’d don’t care. It was worth it. Even the pottery it was served on was made by another local business. You taking notes, Toronto? 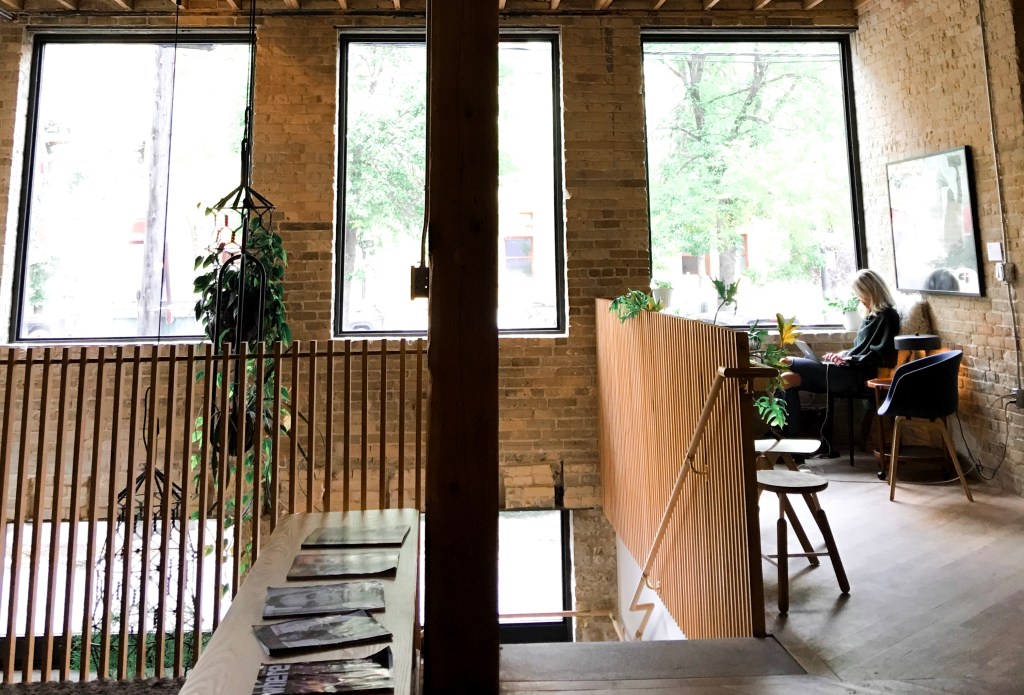 Lisa acting cool in the window seat at Forth Cafe.

Eat dinner at Boon Burger, but save room for dessert

Vegans dine on big burgers and soft serve ice cream in Winnipeg. The spot is Boon Burger Café, which claims the title of Canada’s first vegan burger café. Cool, but what’s a burger café? Whatever it is, it’s delicious. I had a bacon cheeseburger that I could hardly finish and Lisa dominated a Greek style burger with a white bean patty. Then we had a bread pudding with ice cream dessert because we could.

That’s what we did in Winnipeg, and I’m sure we didn’t even scratch the surface. Tell us what we should do on our next trip through in the comments, including where to catch some live music.