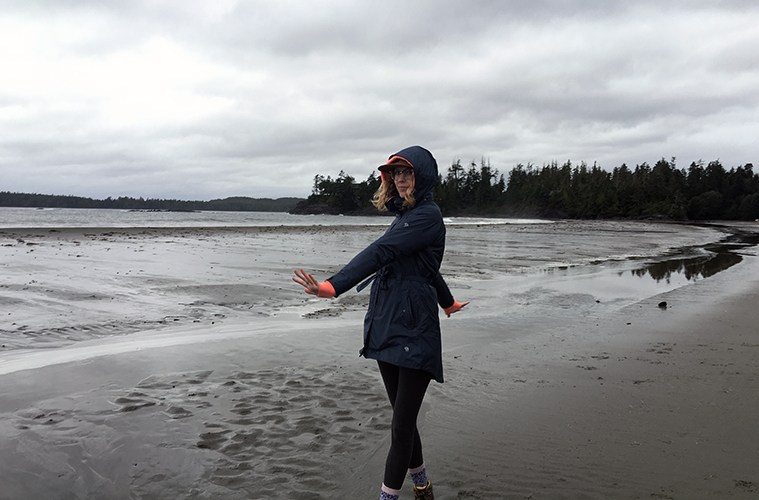 Seconds of Style: Making It Rain (No, Seriously, It Won’t Stop Pouring) in this Waterproof Coat

There’s no way to sugar coat it: on Vancouver Island you need a waterproof coat or you’ll look like a soggy, city-slicking fool.

A tiny, portable life has some dictates. One is that stuff (the little of it that Coleman and I still tote around) has to be worth the space it takes up in our micro cupboards. Basically, this means clothes have to look good, be highly versatile, and work, so to speak.

You’ve heard this from Li et Co before. But that’s because our limited closets are made for mice (like, the adorable cartoon kind who star in Christmas films and host tiny Christmas Eve parties and serve tiny turkeys on tiny tables) and it bears repeating.

So, when Mountain Hardwear’s B Line Parka landed in my lap (mailbox, then lap) a few months back, I was optimistic and curious. And had been having reoccurring nightmares about being chronically damp.

It’s pretty adorbs, right? And flattering, too. (A word that I don’t think I’ve ever used to describe rain gear.) The long flap in the back keeps my butt covered (yeah, I wear tights as pants on some of these rainy days… tell no one), and the cool air out, but it’s the hood that’s won my heart. It has a high neck that zips all the way up, and the hood cinches tightly around my face. The elements are actually tolerable—dare I saw enjoyable—while wearing it this waterproof coat. 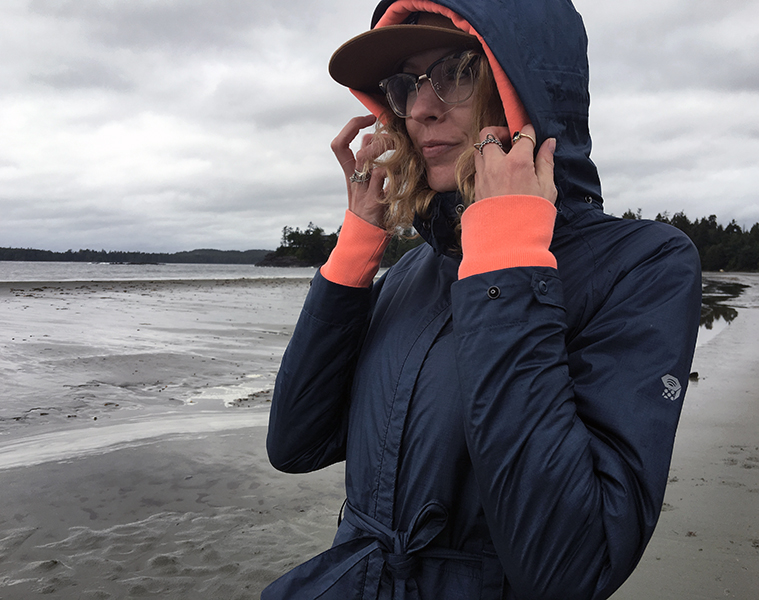 Real talk: before leaving Toronto, I imagined living in my leather. But that’s laughable when you’re actually on the coast. It’s wet, friends! Wet for days. And this waterproof gem looks rad and keeps me dryer than most of the dreadlocks on VI. 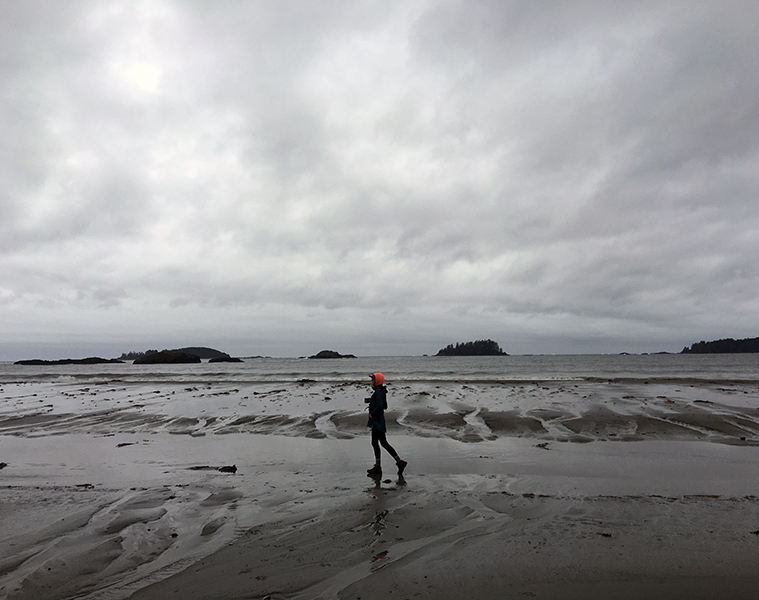 It feels like the edge of the world out here, and it pretty much is. When you stare out from the sandy Tofino shoreline, all you see is ocean and sky, which blur together in 50 shades of non-kinky grey and inky blue. The next thing beyond that is Japan-ish. And while our next travel plans are down the coast, into the Southern States—not Tokyo, yet—this Mountain Hardwear coat is coming along for the ride. 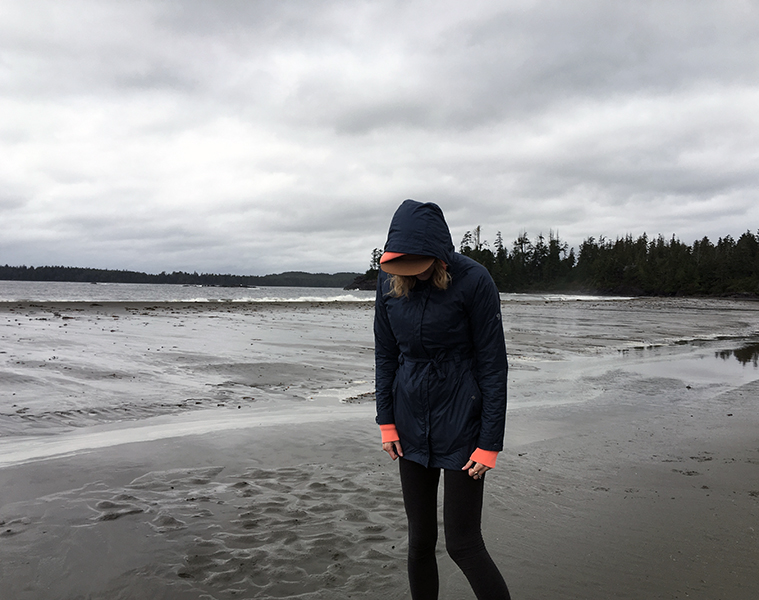