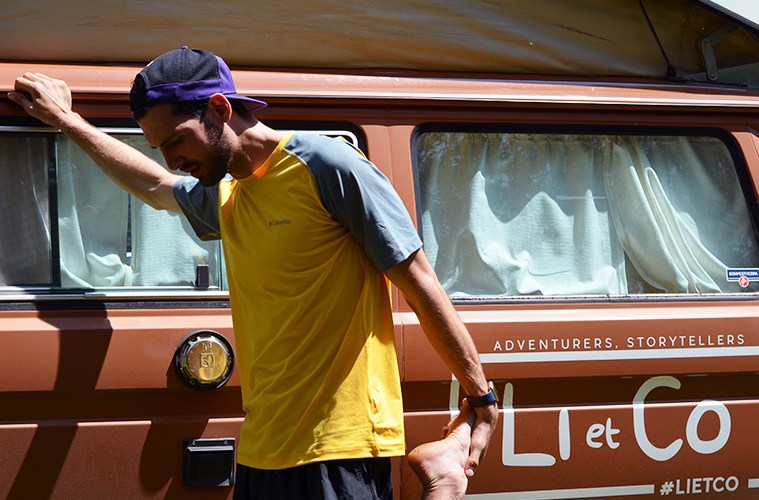 Coleman is a sweaty, sweaty man. It’s ok, he’s beyond shame at this point, and has reached acceptance. Sweet, salty, sweaty acceptance.

It doesn’t take more than a couple kilometres of running before it starts to fall, so when we recently set out for a leisurely Saturday morning jog at a friend’s cottage and accidentally covered 20 km (my longest run ever!) around the lake before breakfast, you can imagine the state of dripage he was in.

Luckily, though, he was in the right gear. His Columbia Trail Flash shirt is a rad colour. I can always spot him whether we’re trail running or city running, and he looks super fast, but it’s the piece’s summer-friendly properties that have me feeling a bit of FOMO. It wicks the sweat, and in turn helps keep him cool when he inevitably starts to leak, which, as we’ve covered, is essentially all the time.

This is him post-run, popping his fav (and at this point soaked) running top and attempting to show off his abs (thanks Canadida diet!). He’s also wearing the Columbia Trail Flash shorts, which were also quite wet by the end. Such is life.